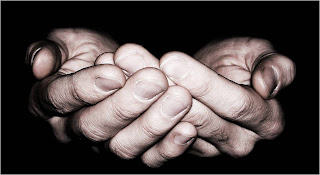 ‘He was in the world…and though the world was made through him…the world didn’t recognize him.’

The world… did… not… recognise him. Ok… maybe the world didn’t recognise him…but surely his own kith and kin knew who he was

But no…John’s Gospel tells us 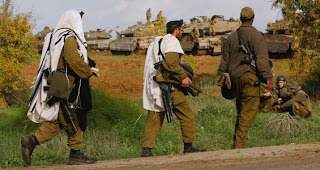 ‘He came to that which was his own…but even his own didn’t receive him.’

Since Israel launched the bombing campaign a week ago, at least 400 Palestinian’s, including 42 children, have been killed in Gaza. 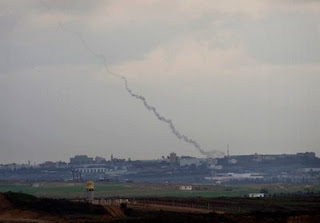 These descendents of Abraham Isaac Jacob and Esau… aren’t their brother’s keeper… they see their brothers as unequal and unlovable enemies .

The injustices and brutalities each commit...are only sustainable because both sides have dehumanized the other… tallying the bodies of men women and children…as collateral damage for their cause.

"And the Word became flesh and dwelt among us, full of grace and truth"

Can the conditions that make peace for human flesh… justice mercy and the sharing of resources among… be created again in Israel and Palestine?

Yet to all who received him, to those who believed in his name, he gave the right to become children of God.

‘children born… not of natural descent, nor of human decision or a husband's will, but born of God.’

If ethnic and religious pedigree…are not enough to be called the children of God then what does it mean to receive Jesus, to believe in his name? Does that mean Jesus is God and how is that even possible since we know he was a man…a human being…with a fragile body just like ours?

That’s just the point…John is saying…in his Gospel…

Remember…in the scroll of Isaiah…As the rain and the snow come down from heaven, and dont return to it without watering the earthand making it bud and flourish, so it yields seed for the sower and bread for the eater, so is my word that goes out from my mouth:

It will not return to me empty, but will accomplish what I desire and achieve the purpose for which I sent it.

You will go out in joy and be led forth in peace;  the mountains and hills will burst into song before you,and all the trees of the field will clap their hands.

So you see John explains

And then John tells us…when human affairs were really getting out of hand…and only divine intervention would do…God’s Word…actually entered into the dimension of time and space… and became a human body…born from the body of a human woman.

John wanted those who heard his Gospel to understand the magnitude of this belief. In Jesus…the creator of the universe… divine… eternal…God…the great I AM actually joins with fragile…mortal… imperfect flesh.

And one of my favourite Christian writers Ched Myers cries… Oh ‘if only the Word could have stayed a word, then we could have completely controlled it… with a doctrinal statement or a theological assertion.

If only this Word had stayed a word, then we could have encased it in a book and guarded it as holy. But no, this Word took the unmanageable turn of becoming flesh.’

‘Maybe now we could understand a love we can touch, so full of grace and truth.’

Hadn’t Paul written God’s purpose is in fullness of time, to unite all things in Christ, things in heaven and things on Earth?

You know what I think…I think God so loved the world…this crazy, messed-up, haven't-got-it-right-yet world…that God's very Word became flesh like us…

So that maybe… if we could see and hear and touch God’s love… so full of grace and truth…then… maybe we could understand it…may we’d believe in it.

"And the Word became flesh and dwelt among us, full of grace and truth"

And what did God's own Word… made flesh do…while dwelling among us? He touched us didn’t he?…he touched broken bodies with healing.

He led rejected bodies back into community. He laughed and cried. And finally he sacrificed his own body. And then he left us with the words, "This is my body, broken for you."

And the powerful message of Johns Gospel is to all who do receive him, to all who believe in his name, he gives the right to become children of God…

Each of us has our own version of the Gaza Strip. Each of us….adlib

Then I pray that as you listen you will repent…turn to back to God… seek his face in Jesus…receive him as we listen to this song and let him bring you home to live as a child of God.