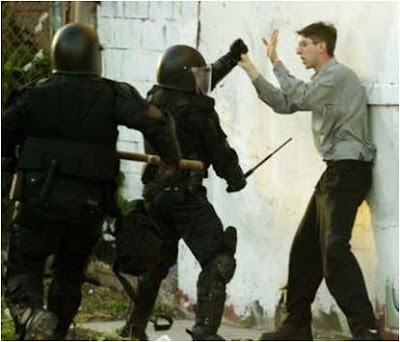 Jesus… bleeding to death on the cross… looks at his persecutors and prays… ‘Father forgive them for they don’t know what they’re doing.’

Forty years ago… during the Vietnam War…a monk calls his followers to do the same.[i]

‘If a cruel and violent person disembowels you, you can smile and look at him with love. It is his upbringing, his situation, and his ignorance that cause him to act so mindlessly. Look at him—the one who is bent on your destruction and heaps injustice upon you—with eyes of love and compassion.’

Look at him—with eyes of love and compassion.

Fifteen years ago… during the genocide in Rwanda… an exhausted Catholic priest… Father Vjeko Ćurić stands firm with the same love and courage…in the face of overwhelming hatred and violence.

In April 1994, after the Hutu President’s plane is shot down…Hutu militias slaughter the population of Tutsis… with whom they share the country.

When the killing begins in the town of Kivumu, people turned to Father Vjeko for help.

When most other expatriates are evacuated,
Fr. Vjeko stays behind with the people of Kivumu… through the worst experiences of their lives…he gives practical and medical assistance to the displaced and helps people escape the militias.

In the face of persecution and death threats…

the priest is outspoken in his condemnation of the violence… and continues to preach the values of peace and unity throughout the genocide.

In the aftermath Fr. Vjeko helps both Hutus and Tutsis …to rebuild their communities. He was killed in mysterious circumstances in 1998.

These pictures are from a film based on his life called Shooting Dogs. Survivors of the massacres in Rwanda… were actors and production crew on the film.

And writing from prison…in our reading today… Paul wants to prepare the struggling church in Ephesus …for the coming persecution they are to face. His words of encouragement… are for those wondering… how on earth they’ll ever endure the suffering…when the evil day actually comes?

Paul’s letter ends with a powerful plea for them to remain strong in the master and teacher Jesus… and in the strength of his power.

And how are they to be strong?

Well… they’re not to respond with force or violence…

they must use only the things God has taught them through Jesus…truth, justice, the gospel of peace, and unwavering faith in its power for the salvation of the world. Their only weapon …is to be the Spirit of God’s breathed Word. [pause]

And why is it so important for them to hold fast to these particular things… Paul calls ‘the full armour of God’?

Well…if they resort to the ways of the world to protect themselves… if they succumb to the temptation… to meet violence with violence… they’ll be falling…into a diabolical trap.

For our struggle… Paul says isn’t really against our fellow human beings who bleed just like we do…no you’ve got to see the bigger picture…what we have to resist are the rulers, the authorities, the cosmic powers of this present darkness, the spiritual forces of evil… who exploit their weaknesses.

That’s why we don’t use our enemies own weapons against them…that’s why we must take up and use the armour of God to withstand on that evil day…and having done everything, to stand firm. [pause]

In the face of oppression and injustice… stand and put on… the breastplate of righteousness justice and equity.

In the face of violence and abuse… stand and put on whatever will make you ready to proclaim the gospel of peace.

Against malicious and hateful attacks…stand and take the shield of faith… with which you’ll be able…to quench all the flaming arrows of the wicked ones.

Against manipulation and exploitation…stand and protect your mind… with the helmet of salvation and the sword of the Spirit, which is the Word of God.

Pray in the Spirit at all times [pause]

Now forgive me if I’m wrong, but… most Christians I meet who talk about putting on the ‘full armour of God’ seem to concentrate on Paul’s armour metaphor …as a way to protect themselves from diabolical attack …from temptation and harm…

I don’t think Paul’s saying… this way of standing against evil…will keep you from bleeding when you’re stabbed or bruised when you’re smashed in the face…
or heart broken when you’re ridiculed and rejected.

For much of human history… people have found Paul’s logic to be counterintuitive and counter cultural…but there are notable exceptions: Te Whiti… Gandhi and Martin Luther King Junior… to name a few.

But Paul is actually saying… that hatred and revenge… are logical fallacies. They don’t save anything Logically…the conditions that bring peace – justice and equity… mercy and compassion… are what will save the world…if that’s what you’re interested in… as a follower of Jesus. [pause]

Our storyteller John… calls the bringing about of these conditions…‘eternal life’ … what the other gospel writers call… ‘the kingdom of God.’

And we’re not always the victims either. Sometimes we can be the perpetrators of persecution…sometimes we are the bullies…

Or to put it more positively…where in your life or in the world…are you actively confronting lies with the truth?

Where are you confronting injustice with acts of righteousness and equality?

What acts of violence and abuse are you speaking out against… because they’re in opposition to Jesus’ gospel of peace?

What malicious gossip or prejudices…are you meeting head on…with faith… in God’s grace and forgiveness?

Are you familiar enough with the word of God revealed in the teachings of Jesus… to protect your head…from the bombardment of commercial political religious or emotional manipulation?

And do you pray in the same Spirit… which unites us to God and to all creation?

In short… do you put on the full armour of God… whose grace and forgiveness is sufficient to sustain us?

My prayer is that you will reflect on this… in the week ahead.