What does Jesus birth reveal about God? 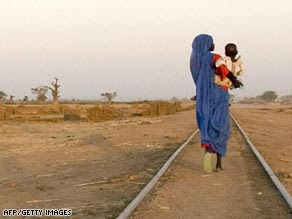 I think today is a day when we can ask some very important questions. And one of them is this.

If Jesus came to be a revelation of God to us...then... what do we learn about God...from that very first Christmas?

And what do we learn about God... from that?

Here’s his list. Humble Approachable Underdog and Courageous – Yancey was surprised at what turned up.

Because these adjectives hardly seem appropriate...for describing the creator of the universe. Humble Approachable Underdog and Courageous... and I’m sure we could all add a few of our own when we think of that night in Bethlehem..

But today I want to take a closer look at Yancey’s list. Starting with humble... in the first century the Messiah shows up... right in the middle of the great Roman Empire and the religious cult of Caesar... Jesus is born...not as an all powerful controlling God... commanding armies and political empires and moving his subjects around like pawns on a chess board...

No...the Messiah emerges at the edges of the Empire...in Palestine ... as a baby... who can’t even speak or eat solid food. There were no bodyguards or bright clothes. No entourage except the animals in the stable.

God’s angel messengers on that night... sought out the lowliest shepherds... to announce Jesus’ birth.

Ok what about Yancey’s next adjective... approachable. That’s certainly not what Jewish people expected.

They imagined only awe and fear in the presence of God.

Anyone who experienced an actual encounter with God expected to come away scorched or glowing... or maybe half crippled like Jacob. And they were the lucky ones.

Jewish children learned stories of the sacred mountain in the desert... a mountain that was fatal to anyone who touched it. Mishandle the Ark of the Covenant and well ...you would die. Enter the most holy place in the tabernacle... and you’d never come out alive.

And what happens... God makes a surprise appearance as a baby in a manger...among the God’s chosen people who walled off a separate place for God in the Temple...and refrained out of respect from saying God’s name or even spelling it out. [pause]

What can be less scary than a newborn baby... with his arms and legs wrapped tightly against his body?

So when we talk about Jesus as approachable...in his birth, God finds a way... to relate to human beings... that doesn’t involve fear.

Yet, in the birth story of Jesus... we learn of an unwed mother... forced to look for shelter... while traveling to meet the heavy demands of a colonial government.

She lives in a country... recovering from violent civil wars and like half the mothers on earth today...

Mary gives birth in the East not the West.

She and the son she bears... become refugees...in Africa where most of the world’s refugees live today.

In his adult life...Jesus would seek allies...not among the wealthy and powerful...but among fishermen and outcasts .

And what the fourth descriptor of God’s act in Jesus...courageous. Yancey believes it would take great courage to bring a saving message of love and peace... to a planet known for its violence injustice and greed.

With all we know now about the nature of the created universe it’s easy to understand why no one has ever seen God…not even so much as a glimpse.

Yet in the birth of Jesus... this one-of-a-kind revelation of God…… has made God plain as day for those with ears to hear and eyes to see..

It’s not a dream…nor is it an illusion…it happened.and in this humble birth – God is revealed.