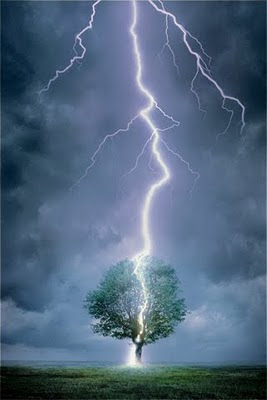 And they lived happily ever after! Both our readings for today use the metaphor of marriage to enrich our faith… and our understanding of our relationship with God.

Punishment and execution… aren’t generally considered to be acceptable behaviour in marriage…are they? At least not among couples in our church…I hope we’re more likely to talk about forgiveness and mercy and conflict resolution…

And I have to admit… I’ve never advised a woman… the way out of her frustration… is to murder her husband. Nor have I suggested… when a man comes to me for pastoral care…that he might like to take a whip… to his disobedient wife.

No we tend to think of marriage… as a committed faithful mutually dependent relationship…don’t we?

So Isaiah and Jesus are happy to employ the metaphor of marriage… to describe God’s relationship with us.

Isaiah’s reference is explicit, and Jesus uses a declaration made by every Jewish bridegroom to his bride...to comfort his friends the night before his execution.

As though God’s sitting up in heaven and one day in disgust… pushes the smite button on his laptop and shouts: ‘Never mind the wheat in amongst the tares! The innocent children… the powerless… the poor…

the faithful the good and the kind among the evildoers…
flatten the lot of them!’

After a magnitude-7 earthquake struck Haiti’s capital this week…the founder of the US Christian Coalition and former presidential candidate, the Rev Pat Robertson…announced in a television interview…

…because the nation had allegedly made a ‘pact with the devil’… two hundred years before.

Yet what we see in the news…is frantic doctors in a hotel car park… wrapping heads and stitching up sliced limbs. We see the tiny bodies of children…piled beside the ruins of their collapsed school. We see people with faces covered in dust and bloody open wounds… roaming the streets.

for the cries of their children buried under the rubble. We hear how fathers gave their lives to save their youngest and most vulnerable child.

Christian World Service has launched an immediate appeal for donations… their staff say the earthquake was like ‘kicking a dog that’s already down following four catastrophic hurricanes in 2008’.

Before the earthquake…Haiti was already the poorest country in the Western Hemisphere. And CWS aid worker Nick Clarke says of all the places he’s visited… Haiti’s the one that “least needs or deserves anything like this…because the reality is… many Haitians were already trapped in a very harsh form of poverty.’

Two days ago… as I searched the internet for signs of hope. I came across this message:

‘I haven’t heard from Jose in 24 hours.’
The writer is Jody Castillo. She and her husband Jose… run the Northwest Haiti Christian Mission.

For thirty years their mission has been dedicated to showing God’s love for all people. By establishing and partnering with indigenous churches… they aim to help Haitian people lift themselves out of spiritual, physical and social poverty. They serve thousands of people regardless of their age or religion.

So two days ago Jody posted her first internet blog since the earthquake. I’ll read directly from it. http://castilloavektimoun.wordpress.com

‘Haven’t heard from Jose in 24 hours. Hundreds of thousands expected in casualties. How do you process that? How in the world do you explain that to new Christians and small children? I don’t understand it myself. My home was flowing today with countless Haitians wanting to catch a glimpse of the news, weeping while I hold their hand or hug them tight
…and it never stopped.

I feel so numb and yet I cry nearly every 10 minutes. Always another story – always another problem. They come looking for me to “save” them… to make it go away and I am left helpless – crying… because there isn’t anything we can do.

Our church is open tonight for those who are grieving. Doing all I can but still feel like it’s not enough.

Pray for our Haitian medical team…as they travel to Port au Prince tomorrow. I asked them to please try…to find Jose – just so I know for sure nothing’s happened …It’s funny….all day long I watched my front door. I’m not joking –
I knew Jose would walk through it today…covered in dirt after riding 12 hours trying to get to us…

If he could only reach me by phone he wouldn’t even consider leaving Port au Prince. I know how he is…

I imagine he’s right in the thick of it….sorting through the rubble. And honestly – how selfish to think otherwise. I’m sure he is right where he should be.’ [pause]

Yesterday Jody updated her blog after her husband finally found a way to ring her. Here’s what he told her.

‘Honey you wouldn’t believe what it’s like here. It’s worse than the hurricane damage we saw...

There are bodies everywhere – EVERYWHERE. I see the back of children’s skulls crushed, limbs on the street, people covered in blood, people missing their heads – and it’s everywhere. Think of the movie Rwanda where they drove over all those bumps and it was dark. When they opened the car door – they saw there were all these bodies. There were places that were just like that…

The saddest part is… in between the bodies are children and adults crying. Some older Haitians are trying to help the children but its chaos. There’s no organization.

Gangs have set up road blocks and are robbing people. Everywhere you go there are people just walking with no where to go. Where are they gonna go? There are no schools, universities, churches, homes? Where are they going to go? They sleep on the street or wherever they can...’ [pause]

After reading Jody’s blog… I went looking for more information.

Did you know almost half Haiti’s population are younger than 14. More than two-thirds of Haiti’s inhabitants are unemployed living on less than $2 a day. One in two, live in absolute poverty, earning less than $1 dollar a day. [pause]

Of course lament and compassion are the dominant response from around the world… along with our cry for God’s healing presence to penetrate the pain. So why do some high profile Christians… see disaster as an opportunity to preach hellfire and damnation. Thankfully, Christians around the world… have been angered by Pat Robertson’s ‘pact with the devil’ remarks.

Jim says: ‘I couldn’t get over how bizarre this was, coming from someone… who claims Jesus of Nazareth is at the centre of their faith!!’[i]

Wallis asks as I do…’What does it mean when self-proclaimed “Christian leaders” are against the message of Christ?’ And Wallis also offers a word about God and evil.

He says, ‘My God does not cause evil. God is not a vengeful and retributive being, waiting to strike us down; instead, God is in the very midst of this tragedy, suffering with those who are suffering…’

I hope you and I have a prophetic understanding of Scripture that proclaims God’s loving heart for the oppressed… the outcast and the needy… and God’s concern for justice.

In Jesus’ Nazareth Manifesto he quotes the suffering messianic servant of second Isaiah.

The Spirit of the Sovereign LORD is on me,
because the LORD has anointed me
to preach good news to the poor. Sent me to bind up the brokenhearted, to proclaim freedom for the captives
and release from darkness for the prisoners,

to proclaim the year of the LORD's favor
and the day of vengeance of our God,
to comfort all who mourn

The children of Haiti are the descendants of slaves. In 1804 after Spanish and French colonial rule, Haiti won its independence: it’s the only known example in history

where slaves have successfully overthrown their oppressor.

After independence when France pulled out its colonists and their wealth… generations were left to enjoy their freedom… without resources. All that remains is a desperate legacy of poverty and deprivation.

The gospel offers three causes and three remedies for poverty. One: like the prodigal son…we bring it on ourselves – in our God given freedom to make choices – the remedy is humility and repentance.

Two: our poverty can occur simply through life circumstances…and like the widow who gave everything…we need insight and wisdom to understand this.

Three: our poverty may be caused by the oppression of others and the solution is liberation… for the captives and release for the prisoners.

Haiti’s poverty is of the third order. But its earthquake was caused by shifting tectonic plates. Pressure builds as they grind along a mutual boundary… and is released through small shudders and major earthquakes. Knowing this will be small comfort given the horror unfolding on the streets of Port-au-Prince.

But far crueler… is to blame the victims.[ii]

The God of my master Jesus, doesn’t have victims.

[ii] Jesus warns us…when disaster strikes it’s blasphemy to pronounce the punishment of God on the guilty. Those who perished when the Tower of Shiloam fell…were probably victims of shoddy construction.Or those eighteen who died when the tower in Siloam fell on them—do you think they were more guilty than all the others living in Jerusalem? Luke 13:4