Paul sums up his case 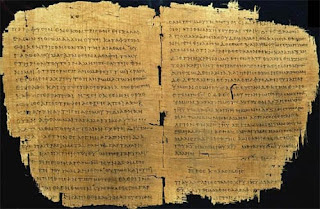 Did your teachers ever use that tone with you?
or your mum or dad? Implication being? You’re trying to teach your grandmother to suck eggs.

You……are trying to correct or persuade… someone who thinks they know a lot more than you do …you…who were only born yesterday…are talking to someone whose been around a long long time. Don’t preach to me! [pause]

Well that’s just the kind of response the first Christians used to get…when they tried to share the gospel… especially with people…who thought they already had … all the religious qualifications they needed thank you very much.

Over the past four weeks… we’ve studied the first part of Paul’s letter…to the struggling new church in Rome… Paul is trying to prepare and equip them for the daunting task of making disciples of Jesus Christ… and sharing the gospel of salvation... especially with difficult people who ask tricky question like: ‘Why do I need salvation? What do I need to be forgiven for?’

In his letter Paul teaches the early Christians in Rome how to approach three very different types of people who need the gospel…
who need forgiveness.

First remember Paul tells them about approaching
rebellious godless people…who hurt themselves and others by ignoring the revelation of God in creation...

And today Paul’s talking about the hardest nuts of all to crack in the evangelism game
religious people…people who think "I'm not just a respectable citizen of this fair land… I'm religious." These were the people… who were likely to say… ‘don’t preach to me young lady!’

These were the religious Jews… in synagogues all over the Roman Empire… trusted their religion to save them.

Having been one himself…Paul knew religious Jews were going to be the hardest people to evangelize… so he wants to give the new church some powerful arguments… to convince even religious Jews…
of their need for the gospel of Jesus Christ…the power of God for the salvation of those who believe..

Paul wants the early Christians to realize…no matter how intimidating …no matter how pious religious Jews come across…they need their relationship with God healed…they need forgiveness…they need salvation… possibly even more… than atheists and pagans and respectable citizens of Rome...Why?

it's not your job to make people religious…
Paul’s telling them…it's your job to share Christ and his teachings with them… and because these religious types are such stiff opposition…you’re going to need some pretty strong arguments.

And so we come to today’s verses…where like a skilled crown prosecutor…in a courtroom drama...Paul sets out his closing arguments...and rests his case…that everyone… even religious Jews…everyone…needs the salvation that comes from a healed relationship with God through Jesus Christ. Even people who feel entitled because of their religion to eternity with God...

And like a good Jewish barrister ...Paul expects opposing counsel to yell out…I object your honour!

And so in today’s verses of Roman’s…
Paul masterfully anticipates… all possible objections his former brothers might make…and knocks them down… one by one....

First Paul imagines religious Jews would be asking... ‘Your Honour… is Paul seriously suggesting there’s no point at all… in being a Jew? No point having our sweet little boys circumcised?

Notice Paul asks rhetorically in verse one
What advantage then is there… in being a Jew,
or what value is there in circumcision?

‘First of all... above everything else...as a people...
they’ve been entrusted with... the very words of God.’ Which was intended for all humanity...

Why, the Ark of the Covenant, and the Temple in Jerusalem… had been built to hold and protect…
the precious Word of God. The tablets of stone...
the oracles of God... the scrolls of the prophets...
Why the Jews were to be evangelists to the rest of the world…called to take the Word of God and share it. But they majored on protecting it didn’t they.

And yes there were those who were religious but didn’t really believe. keeping up the rituals for appearances sake saying the right prayers on the right holidays...
though of course they didn’t see the need…
to keep up an actual relationship… with God.

Paul acknowledges them too… in verse three.
So what… if some didn’t have faith? Will their lack of faith nullify God's faithfulness? No your honour

Let God be true, and every man a liar.

I swear to you here Paul is as much an artist in his language as Shakespeare was in his...listen to the words...Let God be true, and every man a liar.

Every Jew…had memorized the words of the Law and the Psalms and the prophets…hadn’t Psalm 89 said "if they violate My decrees and fail to keep My commandment I will punish their sin ...but I will not take My love from him, nor will I ever betray My faithfulness.’

Paul knows among religious Jews the word of God would always prevail...and quotes as evidence a prayer from Psalm 51

"So you may be proved right when you speak and prevail when you judge."

By now Paul expects his opponent to cry out...
but I object your honour...Paul’s already argued God’s wrath is being poured out on sinful humanity.
Paul imagines their objections... In verse five...

But if our unrighteousness brings out God's righteousness more clearly, what shall we say:
that God is unjust in bringing his wrath on us?

If our sins show the world how good God is in contrast… isn’t it unfair for God to pour out his wrath...on the Jews too!!!!!!!!

And in verse six Paul comes back...

Certainly not your honour. If that were so, how could God judge the world? That argument is ridiculous Someone might argue, equally crazily "If my falsehood enhances God's truthfulness and so increases his glory, why am I still condemned as a sinner?" Why not say—as we’re being slanderously reported as saying and as some claim we say—
"Let us do evil that good may result"?

your honour these arguments are bogus
Their condemnation is deserved.

Your honour...ladies and gentlemen of the jury...Paul says with a flourish…

Your honour 'We’ve already made the charge that Jews and Gentiles alike are all under sin.'

In support of my argument I submit six Psalms from the Jews own scriptures...a quote from Ecclesiastes the preacher....and another from the prophet Isaiah.

Exhibit C: "The poison of vipers is on their lips."[3]

Exhibit D:"Their mouths are full of cursing and bitterness."[4]
Exhibit E: "Their feet are swift to shed blood; ruin and misery mark their ways, and the way of peace they do not know."[5]
And finally your honour Exhibit F:

"There is no fear of God before their eyes."[6]
You honour Paul sighs... All this is completely logical...since their very value… is.as keepers of the Word...and the law… of God...so it must be concluded that...

‘… whatever the law says, it says to those who are under the law [your honour]
so every mouth may be silenced…[pause]
and the whole world… held accountable to God.

Therefore your honour…no one will be declared righteous in Gods sight merely by observing the law; rather, through the law we Jews have simply become conscious of sin.’

Why do the Jews need the good news of Jesus Christ if they’re already God’s chosen people?

Your honour...Paul is saying...
I have sought to argue that everyone on earth needs salvation... everyone needs the gospel of Jesus Christ...everyone needs...the power of God…
for the salvation of those who believe.

Whether respectable, rebellious or religious.
Even and especially the Jews. If the bad news applies to everyone...then so does the good news... Your honour. I rest my case.

Questions for reflection:
Why do the Jews need the good news of Jesus Christ if they’re God’s chosen people?

How does Paul’s message encourage us to share the gospel with those who seem to have it all together already?