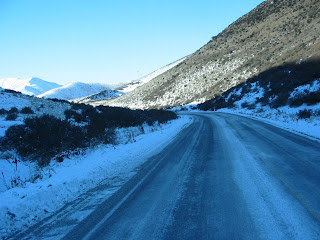 Pentecost 6 year A Sermon 08
by the Rev Peter Marshall
Our readings today spoke about threat and promise: The danger and the temptations when we strive to live out our human lives, and the hopes that we have .
In Genesis 21 we read of the threat to Abraham and Sarah – that they would remain childless. But to them had been the promise that they would be the founders of a new nation who would become as numberless as the grains of sand upon the seashore.
Let us see how this theme of threat and promise works for Abraham and Sarah? Earlier in the book of Genesis, in Ch 16, we read how Sarah brought her Egyptian slave girl, Hagar, to her husband, Abraham, to become his second wife, with the suggestion that perhaps through Hagar the longed for heir could be born. And so it came to pass. Hagar the slave girl gave birth to a boy child. His name was to be Ishmael – which means “God hears”
But then Sarah herself surprisingly becomes pregnant and gives birth to Isaac. Isaac and Ishmael grow up together. At about three year’s of age, the age when nomadic children were weaned, Abraham prepares a great feast as a celebration. But Sarah sees the two boys, Ishmael and Isaac, playing together. She is angry and jealous. Ishmael is the older boy. “I will not have this slave girl’s son sharing the inheritance with my son” . “Drive them out into the wilderness” And a compliant Abraham agrees. He gives Hagar some food, a skin full of water, sets the child upon Hagar’s shoulder, and sends her away. Mother and child wandered in the wilderness of Beersheba. When the food and water were all gone, Hagar lay the child in the shade of a bush, and walked away, saying, “ How can I watch the child die?” Still weeping, she hears a voice, “Do not be afraid, Hagar, God has heard your child crying. Get up, pick up your child, and hold him in your arms, because I will make of him a great nation” Hagar opened her eyes, and she saw a well full of water, and she gave her child water to drink. God was with the child and he grew to manhood and lived in the wilderness of Paran.
Threat and promise. The threat of childlessness. The threat of a lonely death in the desert. But a promise fulfilled in the birth of the boy Isaac. But also a promise fulfilled in the child Ishmael, because it is through Ishmael that all people of the Moslem faith, trace their ancestry back Abraham, the founding father for Jew, Christian and Moslem.

Now let us turn to see what Jesus has to say about threat and promise, about fear and faithfulness, about the present and the future. Jesus’ words to his disciples are disturbing. He warns about trials, sufferings, betrayals. “I send you out as sheep among wolves”. He said. He talks of disruptions in family relationships, of persecutions and physical violence. He says, “If the master has been called Beelzebub – the Devil – how much more his household” In other words, if you are prepared to be my followers, can you expect to be treated differently from the way I am treated?
We may think that these words are a far cry from our existence here in New Zealand. But I’m not so sure. At the end of March, this year, the New Zealand Council of Christian Social Services published a programme entitled “Let us Look After Each Other” The Council is made up of representatives from the Anglican, Baptist, Catholic, Methodist, Presbyterian and Salvation Army Churches.
The programme advocates support for families and communities in nurturing and protecting our children, providing older people with a range of choices for their homes, support and lifestyle, enabling access to good and affordable housing for everyone, using our nation’s prosperity responsibly to eliminate poverty.
The programme met with a mixed reception. Some politicians approved of it. Some preferred not to comment.
But the New Zealand Herald, in an editorial, condemned the report. The editorial, entitled “ Church call to go backwards for seventeen years”, claims that the report seeks to gear our economy to the circumstances of the most vulnerable members of society.
Of course, one way to discredit people who hold different views is to use smear tactics. So the Herald went on “The 20th century saw experiments with severely egalitarian economies in the form of communism,
and they were not pleasant societies.
Another way to dismiss your opponents is to portray them as naïve and uninformed. So the Herald says “To focus public policy on improving the life of the most vulnerable in our society, would be a recipe for general poverty” “It sounds too much like the parable of the Good Shepherd – which the Church leaders perhaps take too literally” Well there we are! The Herald is a more reliable interpreter of the Gospel than the leaders of the combined Churches! The Herald’s editorial concludes with this gem of wisdom,” If we want to be a successful global player we must accept the fact of poverty at the margins of a competitive economy”

That’s what Jesus meant when he said, “ You must not think that I have come to bring peace to the earth, I have not come to bring peace, but a sword”. So long as there are newspapers, spokespeople, or commentators offering these opinions , then these opinions must be confronted. If I am to be a follower of the author of the parable of the Good Shepherd, then I must use every ounce of knowledge, of understanding, and of faith to refute them.
This is where the real threats to our world lie. Not in individual acts of violence, not in the misbehaviour of ill-disciplined youth. The real threat to our world lies in the crass greedy individualism that grasps wealth, authority, and an uncaring affluence that cares nothing for the wellbeing of other humans , or even for the earth itself.

What does Jesus have to say about promise?
First, Jesus says, Do not fear. Don’t be afraid because the beginnings of the Kingdom seem frail and insubstantial. What begins quietly and in secret, in the end will be proclaimed from the housetops
And do not fear those who kill the body, for they cannot kill the soul. If God cares about the sparrows, will he not care about his sons and daughters? That is God’s promise. Jesus invites us to take up our cross and walk in his footsteps. “Whoever loses his life for my sake, will gain it.

A fortnight ago, Diane’s “Thought for the Day” consisted of some words written by Dietrich Bonhoeffer. Bonhoeffer, of course, was executed in a concentration camp in the last days of World War 11. The threat to Bonhoeffer was final. How did he understand the promise? This is what he said.
“The world is not overcome through destruction, but through reconciliation. Not ideals, nor programmes, nor conscience, nor duty, nor responsibility. Only God’s perfect love can encounter the world and overcome it.
Nor is this some universal idea of love. Rather it is the love of God in Jesus Christ, a love genuinely lived, that does this.
That was the promise by which Bonhoeffer lived.
And it was the promise by which he died
A promise that can light our way into the future,
whose light can never be extinguished.
Posted by Diane Gilliam-Weeks at 6/22/2008 02:16:00 pm