How then can we be saved? 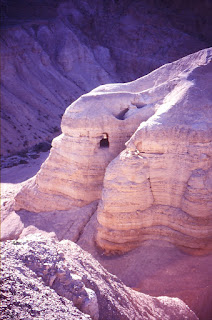 At least 160 people have been killed since attacks began last Thursday… in the Indian city of of Mumbai… a city you probably know best as… Bombay.

Those who died were Westerners and Asians…all caught… in indiscriminate gunfire and explosions…or taken hostage.  Christians… Muslims… Jews and Hindus …fathers and daughters, international tycoons and spiritual seekers…in hotels and restaurants…railway stations and community centres.

because only your intervention…is gonna save this wretched planet. [pause]

God… the whole world is so off track…that without your help… we’re powerless. We can’t fix this. We need you jump start humanity…recharge our batteries… heat us up…

‘As when lightening catches the trees on fire and causes water to boil.’

‘to make your name known to your enemies
and cause the nations to quake before you!’ [pause]

Because we’re in such bad shape… we can’t do it. People don’t even know who you are God… ‘cause they’ve never seen you in action…it’s been a long time since you dazzled us with wondrous deeds.

‘No one calls on your name or strives to lay hold of you.’

From our perspective God …it looks like you’ve walked away and left us alone…to suffer the consequences of our own actions…it feels like you’ve abandoned us. [pause]

‘when you came down, when you did awesome things we didn’t expect…even the mountains trembled before you.’

And God… you’ve got a reputation that goes back a long way…as being the only God who ‘comes to the rescue… [pause] of those who gladly do the right thing, and remember your ways.’

‘Yet, O LORD, you’re our Father. You’re the potter…we’re merely the clay. We’re all the work of your hand.’

So maybe… we can rely on your mercy and forgiveness?And that somehow we’ll be saved after all.

So ‘Don’t be angry beyond reason, O LORD;don’t remember our sins forever. Oh, look upon us, we pray, for we’re all your people.’

Two thousand five hundred years later…two years before I was born…an intact scroll of Isaiah was discovered in the caves of Qumran… on the west bank outside Jerusalem. Copies of around 800 documents… known as the Dead Sea Scrolls were found.

Most Biblical scholars believe the scroll of Isaiah was written over a period of 300 years… across the reign of six Jewish Kings…followed by the Babylonian exile and the return of the exiles to Jerusalem… after 538 BC.

The third part of Isaiah from which our text comes today… contains many words of rebuke for those who’ve returned from exile. The wealthy and educated elite who were carried off to Babylon are disappointed by what they find when they get home…They’re trying to make sense of what it means to be God’s people when so many have forgotten what it means to worship  God.

… is the question of what God’s response will be to their plea for divine intervention. To their longing for God to act…to their yearning for a messiah…who would proclaim the year of the LORD's favour. [pause]

Five hundred years after this… in the village of Nazareth…

The Spirit of the Sovereign LORD is on me,

because the LORD has anointed me
to preach good news to the poor.

He has sent me to bind up the broken hearted,
to proclaim freedom for the captives
and release from darkness for the prisoners,

to proclaim the year of the LORD's favour
and the day of vengeance of our God,
to comfort all who mourn,

and provide for those who grieve in Zion—
to bestow on them a crown of beauty
instead of ashes,

the oil of gladness
instead of mourning,
and a garment of praise
instead of a spirit of despair.

They will be called oaks of righteousness,
a planting of the LORD
for the display of his splendour.

God had acted… not with mighty acts of power…but in the person of a young man… who would teach his followers… to love their enemies… and heed the words of the prophets… to act justly and love mercy and walk humbly with their God.

A young rabbi who would suffer and die for this teaching…for this way of life…in order that God’s will would be done…on earth…in order to bring about the reconciliation of all people… to God and one another.

In Jesus God answers the desperate question of all people… who wonder if there’s a way out… of the mess they’re in…who wonder as Isaiah did.

‘How then can we be saved?’

In this is the very core of the Christian faith…and the story we remember every Christmas: That in Jesus… God has come down to save us…to get us out of the mess we’re in… as nations as communities  as churches as families and as individuals…by showing us how…to be humble peacemakers…how to do justice and love mercy…no matter what the cost. [pause]

Unlike the ancient Hebrew people …we no longer look forward to the coming of the Messiah.

As Christmas approaches we look back… to remember and retell and celebrate…the coming of the one we believe to be the saviour of the world.

The one who rescues us by teaching us to forgive as we’ve been forgiven… by the God who created us.

And if you aren’t already a follower of Jesus…I recommend you become one. Become his disciple…give your life to him… learn about his ways.

Trust in his mercy and forgiveness… for the messes you’ve made…and with join with us… the broken and forgiven ones…as we seek to continue his saving work of reconciliation and peace in this time and in this place.

In a time of silence let us remember…in Jesus…

God has come down to save us…

and in prayer let us all …give our hearts to him once again.