The Threefold Way part 1: Via Purgativa 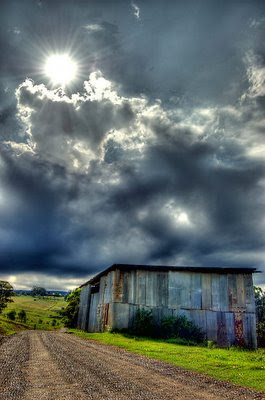 What do you want to learn about?

Fishing, golf, skiing, knitting quilting, gaming…what about Italian cooking…for any of these things… there’s a worldwide community to learn from … you can meet them on the internet or in books…special classes or training camps.

I hope our faith community is like that too. In his book… Finding our way again…Brian McLaren suggests… that’s exactly what our churches are meant to be… schools of practice…and if we’re not a school of practice… we’re in danger of being just another consumer group…or Sunday morning escape from reality.

And when we think of our church family as a school of practice… why there’s every chance we’ll be a learning community… with a transformational impact on the community around us.

The New Testament is a witness to this.

The Gospels weren’t written until decades after the events they describe – and maybe that's because Jesus created so much work for his disciples … it took twenty or thirty years… for anyone to catch their breath long enough… to write down what had happened. And Paul’s letters were only written… when he was forced to slow down… when he’s shipwrecked or in jail.

How different it is to be part of a breathless dynamic learning congregation…what a contrast to a placid group of religious consumers or an argumentative bunch of religious experts… who’d rather defend their positions …than learn anything new.

Our faith needs practice doesn’t it…and sometimes when our faith’s gone a bit stale…or our congregation’s become complacent… we can lose our way…and we need to find our way again. And to find our way forward we have to look back to thousands of years of Christian practice…to see where we got off track in the first place…

When we look back like this…way back…before the missionaries came to New Zealand …even before the Protestants split off from the Catholics …… even before the Great Schism…which divided the ancient church… between east and west…when we look way way back…we find a common ancient treasure shared by the whole church – a portrayal of the Christian life as a journey in stages…as life on the way.

And there are useful ways to help us rediscover these stages or seasons…of spiritual development… that derive from what the ancient church called ‘the threefold way’.

It’s tempting to make this about higher and lower levels of spiritual achievement… as though we could complete one stage and leave it behind or admire people who are above us or put people down…who are beneath us But it’s more accurate to describe the threefold way as three dimensions or zones… of our spiritual pathway as practicing believers.

But down through the centuries…Christians have discovered… that we have to learn about these three dimensions … in a given order…even though we continue to practice all of them.

So over the next three weeks we’re going to explore a different dimension of the threefold way.

So what are these three dimensions called? Well each one inherited two names… a Latin name… from the Western Church… and a Greek name… from the Eastern church.

Next is the Via Illuminativa or Fotosis…the dimension of enlightenment…which comes as we receive into our lives… the light of God’s truth… God’s character…God’s energy and love.

You could say that if Katharsis is like the removing of clouds so the sun can shine through… then fotosis is like exposing our whole selves to God’s light… so we can grow and flourish…like a tree… humming with photosynthesis…in fotosis our hearts and energies…are illuminated and warmed with the Light of God.

And when we practice the via unitiva… our individual uniqueness isn’t wiped out by our union with God…but enhanced and sanctified as we learn to operate more and more on God’s wavelength, tune in… more and more to God’s frequency…as our lives become harmonized…with everything else that lives… in harmony with God.

The church has long discovered that to keep to the path…or find its way back to the path… it helps to practice this threefold way…collectively and alone… and in the world.

So we begin today…with the via purgativa…the practice of Katharsis…let me explain by giving you one of Brian McLaren’s analogies…I want you to imagine you’re a house that’s fallen into disrepair… or maybe a house that’s been abandoned and boarded up before anyone could move in.

.Then it instructs you to get a bucket of soap and water ….and scrub the windows… till they’re clean. .Everything your doing…depends on letting the light come in…because without light… you won’t be able to see what needs to be thrown out… and what just needs to be cleaned up and repaired.

The first thing that blocks our God’s light… is a preoccupation with ourselves and our own influence and power…in biblical terms this translates as the sin of pride.

A preoccupation with any one of these can create a very thick and dirty film indeed…which blocks out the light …of God’s guidance and love…and the via purgative teaches us… to carefully examine the power of these things in our lives…unless we do we simply can’t make much progress… in finding our way again.

And this is why our reading set down for today from Paul’s second letter to the Corinthians…is so perfect…for talking about katharsis…You see Paul had cleaned house…Paul had examined his life.

So instead of bragging about his spiritual fitness …he points to his disabilities… what he calls… the thorn in his flesh. O certainly… Paul knows a guy… who’s experienced the pinnacle of spiritual ecstasy…a guy who says he’s been to paradise and back and Paul says yeah ‘I will boast about a man like that… but I won’t boast about myself, except about my weaknesses. I refrain, so no one will think more of me than is warranted by what I do or say.’

There is for Paul even as he builds a reputation as one of the greatest Christian leaders ever…an acknowledged weakness …a thorn in his flesh…that keeps him humble…as he walks the way of Christ.

"My grace is sufficient for you, for my power is made perfect in weakness."

Paul learns to identify and accept his weaknesses…and his powerlessness to overcome them by himself…and in that spiritual breakthrough…the light shines…andPaul discovers the meaning of grace. [pause] Even though he’s weak…God’s grace and mercy are still operating.

That’s why Paul says ‘Therefore I’ll boast all the more gladly about my weaknesses, so Christ's power may rest on me…For when I’m weak then I am strong.’

Maybe that’s why so many of us are prickly and cross and hard to get on with…maybe our insides are in disrepair … maybe one.. or all …of the three dark forces…are blocking out the light of God’s grace and love…maybe we need to practice the via purgativa

And when we do we’re likely to discover… that what needs cleaning up in our own lives… is also what infects our world… and with enough light… we can see the destructive forces of greed and lust and the worship of power… in the world in our community and even in the church.

Now wouldn’t we feel hopeless if we could never graduate from this stage of the threefold way …till we completely master… pride greed and lust in ourselves…but Paul tells us by God’s grace we can move on.

Only in honestly and humbly confronting our weaknesses can we enlist God’s help to withstand them. Only by facing our monsters and exposing them to the light of God… can we be cured of the dangerous naiveté… that we’ve made it all the way to highest spiritual rung of the ladder and will never fall off. [pause]

So what would the via purgativa look like… in our church…what about a small group of friends who gather weekly or monthly to review honestly how money, sex and power has a hold on their lives. How these three forces are affecting their marriages, their parenting… their work… how they’re blocking out the light of God’s love…

Imagine if these people were to journal every day… how greed or pride or a preoccupation with pleasure show up in their thoughts and words and behavior.

Or maybe they could make a pact with each other…to find someone to help secretly… agreeing to give up the kudos they get. Or maybe they could practice fasting from the status they get from hanging out with the popular, the powerful and the prestigious and instead spend extra time with children, or the sick or the elderly or mentally handicapped… seeking to love and serve the powerless and lowly

Followers of Jesus understand that God forgives and saves by grace. So do you begin to see how purgation works?